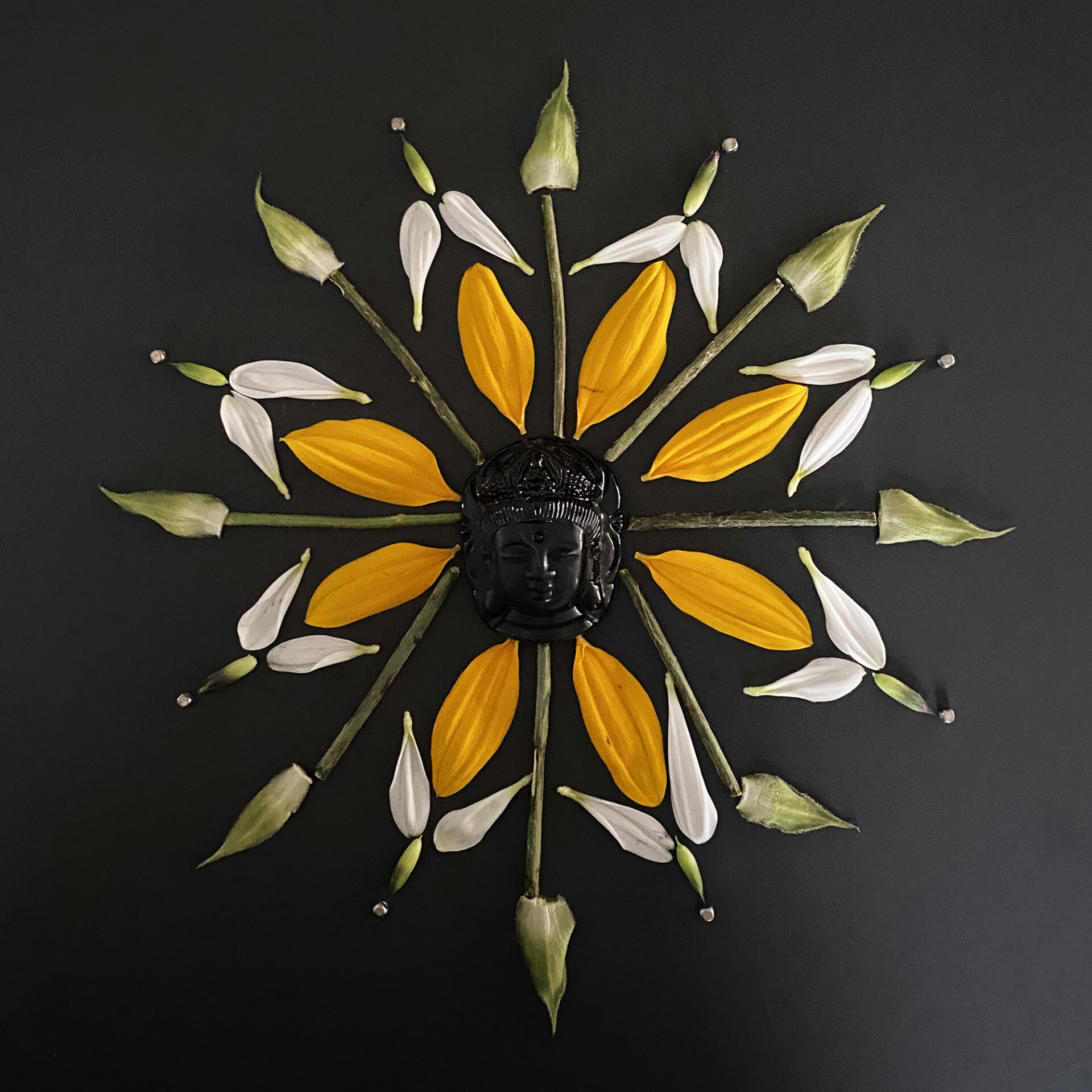 Black obsidian amulet of Guan Yin. Guanyin, Guan Yin or Kuan Yin (/ˌɡwɑːnˈjɪn/) is the most commonly used Chinese translation of the bodhisattva known as Avalokiteśvara. Guanyin is the Buddhist bodhisattva associated with compassion. In the East Asian world, Guanyin is the equivalent term for Avalokitesvara Bodhisattva. This mandala is made with flowers and amulet. Mandalas are a spiritual and ritual symbol found in many cultures, employed for focusing attention of practitioners as a spiritual guidance tool, for establishing a sacred space, and as an aid to meditation. The literal meaning of mandala, which is a Sanskrit word, is circle and like a circle, the mandala represents wholeness. A circle also denotes balance, perfection and eternity as the distance from its center to all points on it remains the same, from wherever it is measured. Mandalas generally have one identifiable center point, from which emanates an array of symbols, shapes and forms, and often shown here, with sacred objects from around the world. Mandalas can contain both geometric and organic forms, both literally and figuratively as this work is made with nature.

May All Beings Be Free